An Egg To Be Hatch II: Return of the Egg

The stories and tales from the previous World of Kwandrivia can be found here.
Post Reply
12 posts • Page 1 of 1

Following the robot's instructions, Linnea found herself in the Halcyon Kingdom as she was advised. She pulled the cloak that surrounded her shoulders around her a little closer...it was well known that the place wasn't a fan of anyone who wasn't an elf. Regardless of whether or not Linnea agreed with it at all, she understood that even she had to abide by its ridiculous rules.

After some gentle prodding, giggles, and spitting of water from Nos, she wandered close to the Hatching Dens, still carrying the egg in her drawstring sack. She kept it warm by holding it against her belly and the blonde girl enthusiastically joked to her dragon that-- oh no!-- she was pregnant. That resulted in a squirt of water in the face and Linnea laughed, holding the egg in the crook of one arm and using a hand to wipe her face with the other. The elves around her seemed a little apprehensive, unsure whether or not this was some kind of intruder who clearly wasn't of the high born elven lineage...or they were simply mad and needed to be taken to the nearest clinic where her psychology would be thoroughly examined. But alas, the small dragon glaring little daggers every once in a while made them think otherwise...and Linnea's journey went rather undisturbed and uneventfully.

At this point, she was at the entrance of the Hatching Dens and Linnea would go in happily, excited to see what came next.
Top

☼When Lin entered the Hatching Dens, she would be hit by the scent of earth, as the floor was bare of any plant life, save some roots from the trees. Across the dens lay many various shaped and sized nests. Many of these were empty, though a few had eggs in them, which were being watched over by a giant of an Elf, whom stood in the very center of it all, his amber hawk-like eyes scanning around with intense gaze. The moment Lin stepped foot in the vicinity, his gazed pierced her, seeming to scan her to her bones, as though nothing was not lay bare. A moment later, his eyes would shift, moving across the few eggs that were already situated in the nests around. This was the Nest Master and no egg was made off with in his charge. He made no attempt to communicate with Lin at this point, nor made any movement that she would be able to tell.☼
Top

The girl had taken it upon herself to announce her presence loudly, though it was clear that she didn't need to. Anyone who couldn't tell that Linnea was coming in a 10 foot radius had to be deaf. Her reckless footfalls and her laughter emanated from her effortlessly. She sauntered close to the area where the Nest Master was the center of, clutching the egg underneath with the inside of a small palm and outstretched fingers. Linnea did not venture into the center yet...her instincts made the Nest Master look similar to an mother animal taking care of her children; it would be intrusive and possibly dangerous if she were to get further without permission. Instead, her knees bent a little and she waved cutely with a brilliant smile to announce that she was not there for any harm.

"I was wondering if you knew how I could hatch this little guy!"

Her other hand came back around to undo the drawstring of the bag, pulling the sack down and off of the large egg at her stomach. It was an offwhite, almost cream with some green speckles here and there. But overall, even with the egg being as it was, she wasn't certain what the beast could be. The egg itself was impossible to even sun-scan...it was either too immature or nature simply did not allow it. With palms only to the sides of the egg, she allowed the Nest Master to gaze at the egg if he wished to consider its legitimacy.
Top

☼As Lin made her way towards the Nest Master, his piercing gaze would return to her, and then over Nos, though did not stay for long. His eyes moved across the eggs after a short period of time before returning back to Lin once more. Even as she spoke, his gaze did not remain on her for too long, nor was it too long before they returned to her. It seemed like a balanced cycle, a truly trained rhythm that was not easily interrupted.☼

☼Was the only word spoken in reply, a finger pointing to a nearby nest for a moment before returning to his side. Clearly an Elf of few words, the Nest Master continued his vigilant rhythms, making no noise. Nothing else in the room made noise either, or moved really.☼
Top

It was clear that the Nest Master was a meticulous person who stood vigilantly with the eggs that lay in their nests beside him. So, with a certain level of respect, Linnea bobbed her head in understanding. She waited, though not particularly patiently as she decided that now was the time to look around at everything in detail. She gazed at the eggs sitting lovingly in their nests, their shell colors and blended features. Peering with observant eyes at the Nest Master himself...face structure, height even if he were sitting.

Nos was content with laying upon his Master neckline, even falling into a light doze if it took a while.
Top

☼Came the curt reply of the Nest Master. He pointed again towards the nest, having wished Lin to stay there with the Egg in the first place. Apparently Lin didn't understand what Nest Master wanted her to do, and luckily the Elf had some shred of patience. The Nest Master gazed upon her for a little longer than he usually did, before going back to his usual visual movements, looking over the other eggs and back to her.☼
Top

Understanding, Linnea went to go and sit in the nest, sitting with legs crossed, egg between her legs and palms upon her knees. Waiting, she glanced at the Nest Master with expectation, yet not rushing him by any means. Nos snuggled in further, the slightly cold feeling of the tiny dragon wrapped around her neck.
Top

☼The Nest Master seemed content with Lin's position with the egg. He continued to survey without a sound, his eyes sweeping the area and every now and then moving over Lin. It seemed that Lin and her egg had become part of his motherly watch, protected and safe against any threat. It was after about 30 that the egg's temperature began to slowly rise, enough for Lin to maybe notice it growing warmer. It seemed that perhaps her sitting with the egg was helping to incubate it, moving it towards hatching. As time passed, the egg grew warmer and warmer. After several hours it began to twitch and shudder ever so slightly. Its movements were noticed by the Nest Master, but he made no movement or sound until it began to hatch. It was about the fourth hour of incubation that the egg gave a particularly wild shudder, before cracks began to appear across its surface. They were small at first, small spiderweb lines that eventually deepened and spread until a large crack split the surface, revealing the wet interior, though only slightly. A small screech came from inside before the beast within began its work of escaping the egg once again. More cracks appeared, further weakening the structure of the egg, until it could no long hold and broke open completely.☼

☼The beast that fell out of the demolished egg was scaly, lizard like, but with 3 pairs of appendages. It made another, much louder screeching sound as it rolled onto its feet and attempted to stand up, probably failing the first few times as it was rather weak yet.☼

"It looks as though your second child is a Basilisk..."

☼Came the voice of the Nest Master out of the blue, who had been watching through the entire process of hatching. He said nothing else, but went back to his surveillance very quickly after the baby basilisk was fully hatched. This left Lin to tend to him/her how she wished, though his gaze did not miss her and her new beast child through his gaze passing across the entire room.☼
Top

The extremely excited squeal out from Lin echoed around the dens and general chamber, waking Nos from his tiny nap and perhaps even scaring the new little Basilisk a little. With her hands, she carefully lifted the Basilisk to help it stand, gingerly making sure that she wasn't hurting it in any way. Her eyes shone brightly and with adoration and wonder as she helped the little beast walk.

"WHY AREN'T YOU THE CUTEST THING I'VE EVER SEEN!"

She would stay here for a little while to get acquainted with her new little one before moving to leave the Hatching Dens. The little basilisk was cradled in her arms, carefully folding its legs. She waved to the Nest Master cheerfully, thanking him profusely before bounding out of there with incredible joy.
Top

☼The Nest Master's eyes widened a little at Lin's cry, probably an annoying sound, and too loud also, when usually silence prevailed. He however remained unmoved, as it would take much more than that to actually make him jump or scare him. Once Lin was making her leave, the Nest Master's gaze would fix her and as she turned from waving, a whisper would be spoken from him on the breeze, trailing off behind Lin, though she might not heard it.☼

(( I don't mean to revive this dead ass thread, but Eze when it comes to the basilisk, what kind are we talking here? Is it snake-like like this picture? 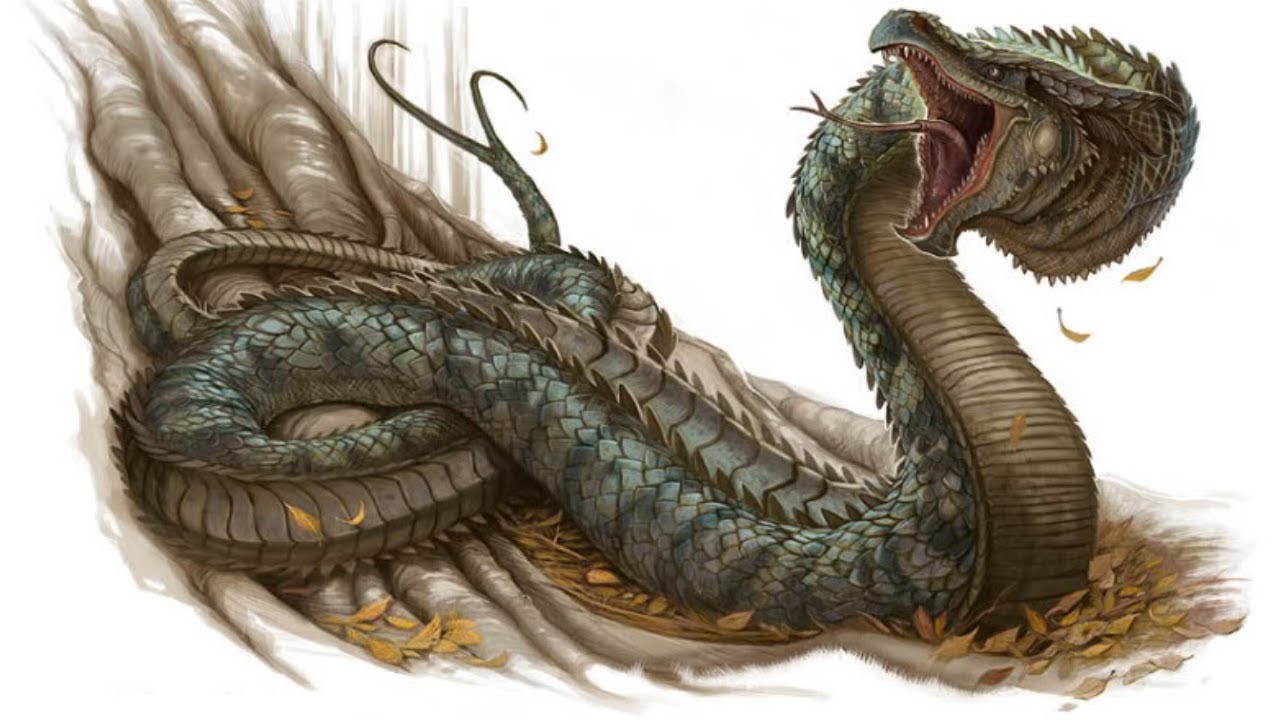 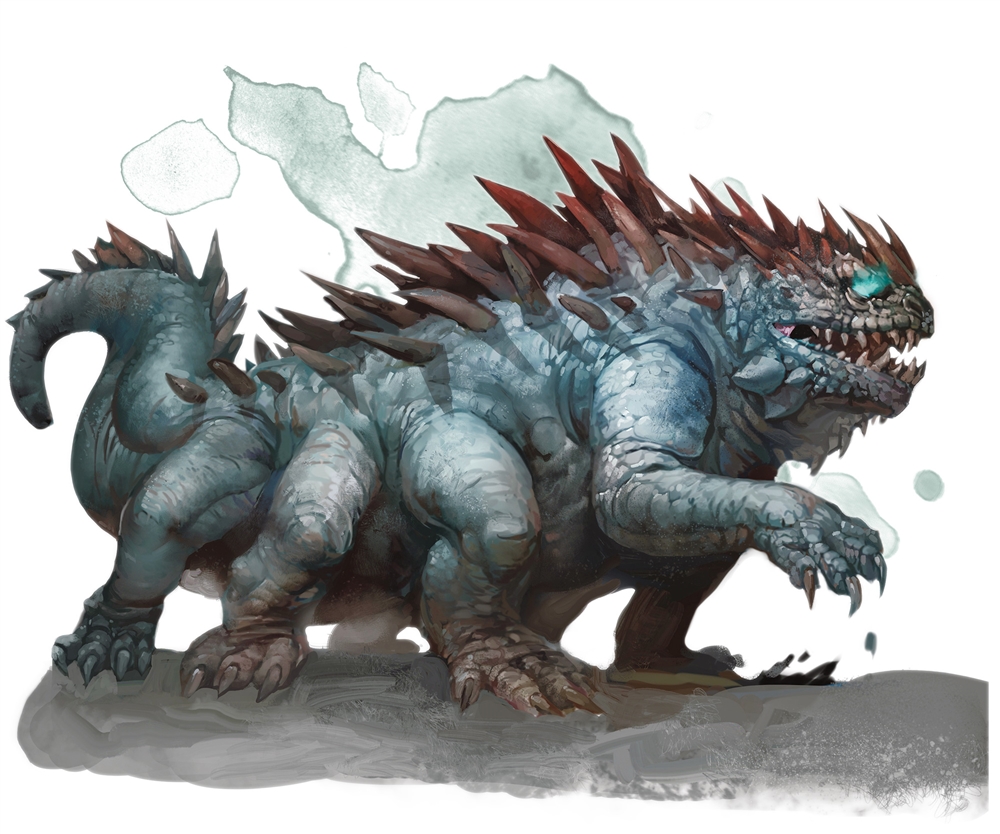 And my research has shown they're related to cockatrice.

Please let me know so I can write a bio page for this little guy in the Bestiary aspect page for Linnea. :> Thanks~~))
Top

((Conservatively, the second one is the closest to what the Aspect page said. I have no problem with people tweaking what their beast hatches as, however. So if you want the first one, or even the third, knock yourself out. Hooray to creative freedom!!))
Abilities