In the Realm of Kwandrivia, everything is based on the 4 Forces. There are no exceptions to this as going outside these limits would be unfair to all those who follow them.

Chaos Force originates from the Demon Realm and is the force that allows demons to exist. It is their version of Life Force. When used in the mortal realm in its pure form, it corrupts and twists things, much like the effects seen in the Hollowlands.

Death is a force used in necromancy, controlling the dead or decaying biological matter by sapping the life force out of it. It is a dangerous force when uncontrolled.

Sometimes called Chakra, sometimes Ki,, sometimes Navitas and other times just Energy. It is the force which is most abundant in the Mortal Realm. It allows things to live and thrive. Every living being has a Life Force flowing through them. Life Force can be drawn from the user to perform many abilities and skills.

Magic is called upon using seals, symbols, talisman, portals or enchanted items. It is a potent Force that can do all sorts of wonderful things.
Top 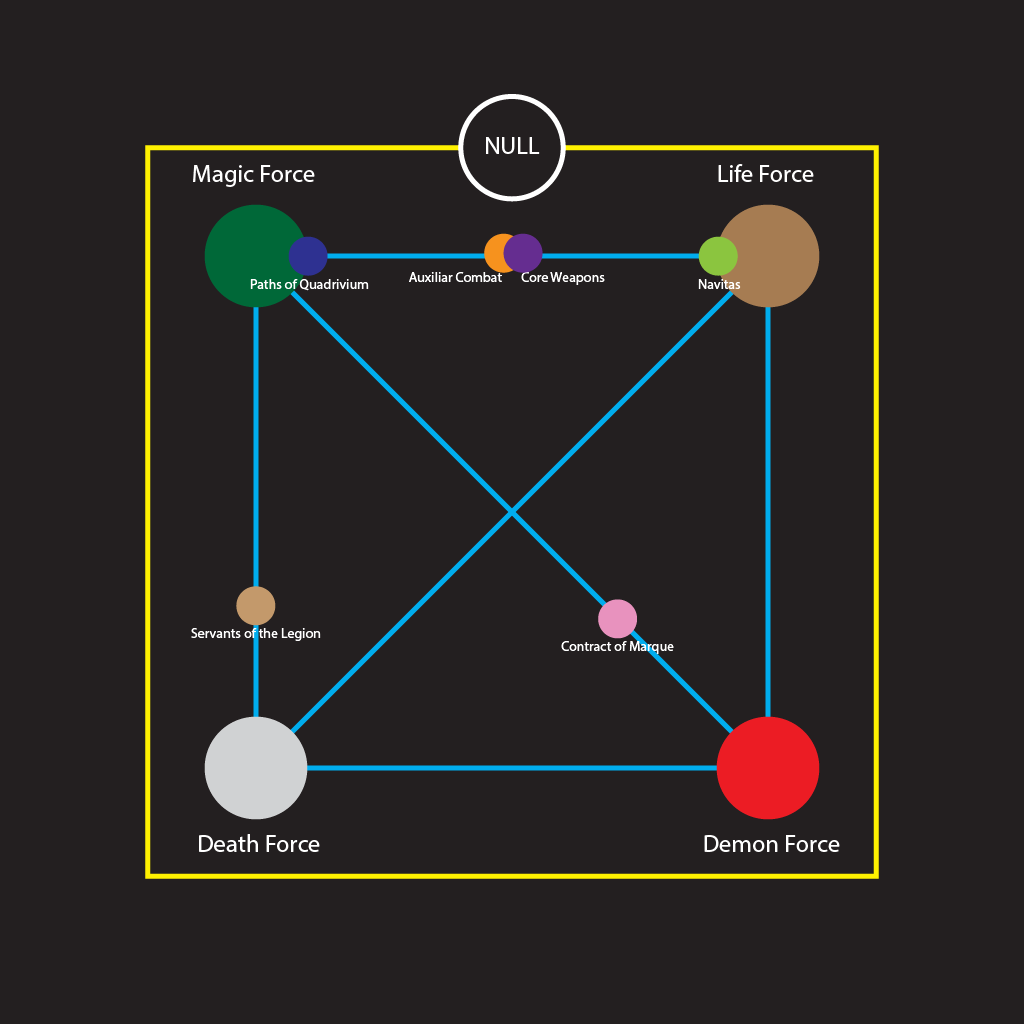 Return to “Rules and Guides”